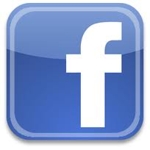 Head Coach and Founder of the Dallas Deuces Lacrosse Organization
Head Coach of Iron Horse Lacrosse Select Teams
Chris Surran is the founder of the Dallas Deuces Lacrosse Organization and the current Head Varsity lacrosse coach at Jesuit College Preparatory School in Dallas, Texas. Chris was an All-American lacrosse player at Syracuse University. He participated in three NCAA Final Fours and played in two NCAA National Championship games. He was the MVP of the Final Four and Captain of his team in 1993, when Syracuse won the NCAA Division I National Championship against the University of North Carolina. He was also selected to play in the prestigious North/South All-Star game. Chris was the head lacrosse coach at the Naval Academy Preparatory School in Newport, RI for three years. During that time he worked under the supervision of Richie Meade, the head lacrosse coach of the United States Naval Academy. Chris was also a founder of the Player's Choice Lacrosse Camps, which are still operational today.
Chris has trained NCAA All-Americans and has run lacrosse camps around the country. Recently, Chris has coached and trained many of the Dallas area’s best male and female goalies. He owns and operates the successful Deuces Lacrosse Camps that are known for bringing in a high quality staff consisting of NCAA college lacrosse coaches, NCAA All Americans and professional lacrosse players. Chris is also on the board for Bridge Lacrosse Dallas, a non-profit organization focused on bringing lacrosse to traditionally underserved areas.
Additionally, Chris has a Bachelors degree from Syracuse University in Political Science and a Juris Doctorate from Syracuse University Law School where he graduated Suma Cum Laude. Chris practiced law at the Dallas office of Jenkens and Gilchrist until 2006 when he opened his own boutique law firm focusing on Commercial Real Estate.

Anthony Sherman played lacrosse at Jesuit College Prep from 1996-1999. During his senior season he was named MVP of the Texas High School Lacrosse North District Championship. Anthony attended the University of Texas at Austin and played 2 years for Texas Men’s Club Lacrosse Team. Anthony lead the Longhorns to the LSA championship game his sophomore season, tallying the most goals and assists for the Longhorns in 2001. After medical problems ended Anthony’s College Lacrosse career, he remained part of the Texas Men’s Lacrosse Team, as an assistant coach and provided statistical support when needed. After graduating from the University of Texas in 2004 Anthony returned to Dallas. He has played with the Big D Lacrosse Club since it was founded in 2004. Anthony coached as an assistant coach on JV and Varsity for Jesuit College Prep in the 2008 spring season.

Brandon Banister played lacrosse for the University of North Texas
Men’s Club Lacrosse Team. His senior year, he was named captain of
that team. Upon graduating, Brandon became an assistant coach at UNT
for three years, while also working as a high school lacrosse referee
for four years. Brandon stopped playing lacrosse only when his own son
was old enough to play himself. At that time, he began coaching at PSA
(Plano Sports Authority) and continued to coach there for three years,
were he prided himself on teaching his players the fundamentals of
lacrosse in order to properly prepare them for their high school team.

Matt Gerber was born and raised in St Louis, MO where he began playing lacrosse in 7th grade. When he enrolled at DeSmet Jesuit High School tried out for and made their team. Matt played close defense all four years on their varsity team under the late Coach Mike Sennett. Matt then took an opportunity to go to Wittenberg University in Springfield, OH where he played short stick defensive midfield for two years. Matt graduated from Wittenberg in 2010 with a BA in finance. He is currently working as a Territory Sales Manager for the manufacturing company Mueller Industries.

Rick Crain played lacrosse at Jesuit College Prep from 2002-2005, earning three varsity letters. During his senior season he served as captain of the varsity squad and was named to the All-District team. Rick attended Hampden-Sydney College in Farmville, VA where he played Division III lacrosse for 2 years. Playing both defense and long-stick midfield, he was one of three freshmen to earn a varsity letter. Rick transferred to TCU in Fort Worth where he spent the rest of his college career playing for the TCU Men's Club Lacrosse Team. Also while at TCU, he spent one season as the head coach of the 5/6 Deuces White team and coached at numerous Deuces Lacrosse Camps. Since graduating from TCU in 2009, Rick has returned to Dallas to continue coaching and playing lacrosse, while beginning his professional career. He currently plays for the Big D Lacrosse Club in Dallas. While not playing lacrosse, Rick enjoys hunting, fishing, playing golf, working out, traveling, and Horned Frog football.